Bolton County are a club who play in the Darcy Lever area, to the east of the town. Carry on along the road and you’ll reach Radcliffe and then Bury. Many years ago, this area of the world was home to a thriving mining community along with it’s neighbour Little Lever, who collectively made the most of being positioned close to the Manchester Bolton & Bury Canal.

Leaning on the barrier at Radcliffe Road, I could make out one solitary chimney of an old textiles mill on the horizon and that was it. Gone were the days of proper Lancastrian sounding industry at pits such as Top o’th’Meadows Colliery.

There was no traffic on the roads as I wound past Moses Gate Country Park and then Bolton Lads & Girls Club, another local club who compete in the Manchester League. Their caged facility will need to be ticked off at some point but tonight wasn’t the night. First gear was needed to escape up the steep route up towards Radcliffe Road, where a treacherous and narrow dirt track led you to Bolton County’s ground.

Tempest United, from the other side of Bolton, were the visitors for this evening’s pre-season friendly. Despite just a few miles separating the clubs, they’re in different leagues with United in the West Lancashire League while County play in the Manchester League Premier Division, both at the 11th level of English football. It’s often (but not always) a case of choosing which league you’d prefer to be in when you come from this area… would you rather play your matches in and around Manchester, or travel up to Barrow and Kendal, incurring quite a lot of travel expense?

A crowd of 13 were present for this match, with Tempest opting to split their pool of players with another team heading to the north of the town to take on Eagley at Dunscar. Those watching had vested interest in the sides playing, while I appeared to be the only neutral present, with matches like this difficult to find during pre-season. I was sat on my laptop when I caught a glimpse of a tweet from Tempest and with the sun shining, I made the hasty decision to jump in the car with 20 minutes to go until kick-off.

Atherton Collieries had played here a couple of times, in local cup competitions, but well before I had started watching them. Radcliffe Road (or the County Ground) as I have also seen it named, is a basic ground, with a small clubhouse area and a dugout positioned on either side of the pitch. Tempest will have been happy it was warm, as their dugout appeared to be missing it’s roof.

Like their bigger neighbours, Bolton Wanderers, County also feature the town’s ‘Elephant and Castle’ emblem in the club’s branding, with the crest making use of the town’s symbols. In fact, I had been up at The Reebok Stadium earlier in the day picking up my new shirt, which had had the elephant and castle reintroduced following a year of absence.

There’s a further connection between the two clubs, with Andy Kellett – who played for Wanderers – starting out at Bolton County as a junior player. The winger infamously joined Manchester United on loan from Wanderers in one of the ‘stranger’ moves of the 2015 January transfer window. Saidy Janko, now of Young Boys, went the other way.

Neil Lennon, who was Bolton manager at the time, said that Kellett thought he was “winding him up” when he mentioned that United were interested in him. He went on to make 10 appearances for the Manchester United under-21s during the loan before moving on to have spells with Wigan Athletic and Notts County. He now plays for Alfreton Town.

“The sun is going to be there for the duration. Get used to it!” were the final words of encouragement from the County manager as the teams lined up. Indeed, the sun was lingering low in the evening sky and made it difficult to see up the pitch at times.

County, playing in their dark blue shirt with yellow trim, were to open the scoring after nine minutes following great work down the wing. Number 15 showed a great deal of pace, bursting into a position where he could square the ball to 18 who scrambled it over the line.

The pitch at Bolton County is surrounded by fields and shrubs, meaning any clearance out of play ended up being lost in the overgrown vegetation. It was down to the County substitutes to go and retrieve the balls, with one lad spending ten minutes away from play, eventually returning empty handed. It felt like it was a form of initiation, or test, for the youngster who did come on in the second half.

After one too many balls had disappeared from play (a grand total of two) the County manager refused to bring any more out of his bag, resulting in an argument between himself and the Tempest United left back. He wasn’t going to budge and a pause in break followed while a player hopped over the fence and retrieved his own clearance. It was a bizarre stand-off.

I got chatting to Wanderers fan Mark, after we both recognised each other from Twitter. He’d recently started showing more of an interest in County, hoping to get to a few matches when he wasn’t watching the Trotters. And why not? After finishing fourth in the Manchester League last season, there’s clearly a lot of talent on display at Radcliffe Road, making them an exciting side to watch.

On 18 minutes, they doubled their lead with the striker grabbing his second of the game. There would be no further goals and it finished 2-0 to the home side. 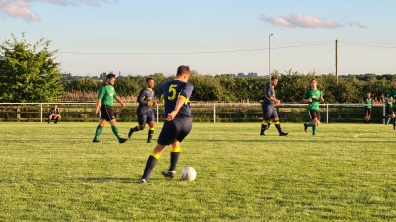 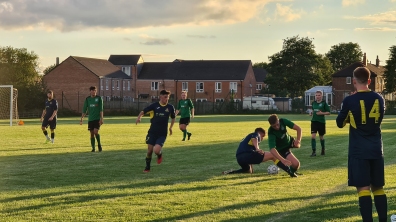 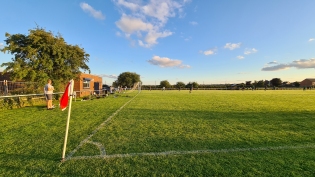 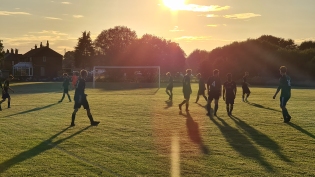 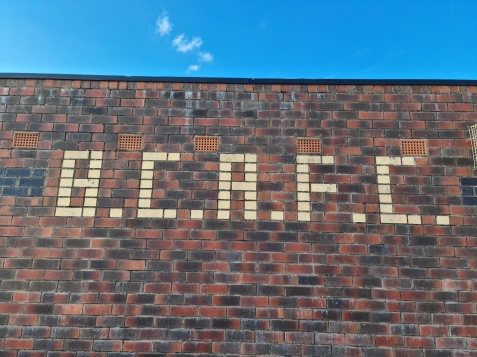 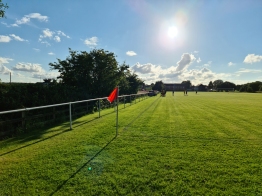 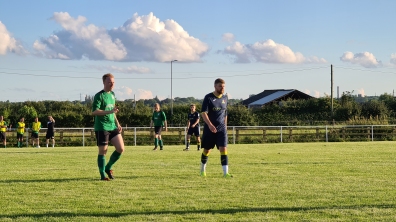 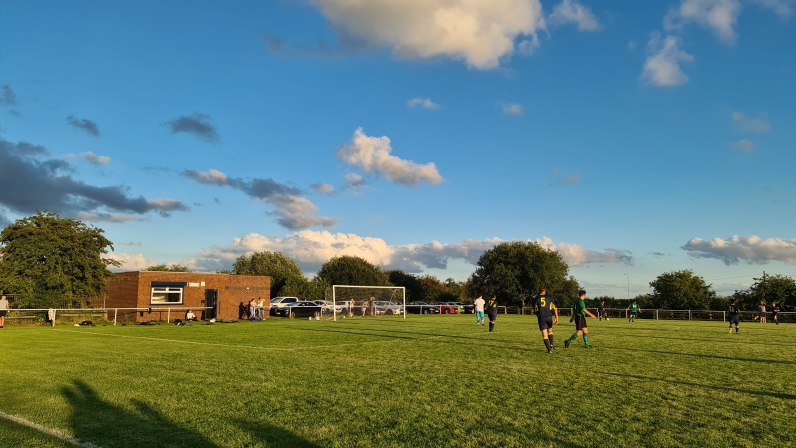