If legendary rock star Kurt Cobain was still with us, he would undoubtedly have dragged his wife Courtney Love down to Hamilton Park with him to watch the Nirvana in this FA Cup clash. It has long been rumoured that the pair loved non-league football.

Through using a range of disguises (which included holding a bag for life which contained a thermos flask) they were able to keep their niche obsession under wraps. This was despite the revelations coming close to being leaked in the press on numerous occasions. Cobain once had to secure an injunction against The Derbyshire Times who were about to print an exclusive on the couple after a fateful night at Staveley Miners Welfare. While it was never confirmed, Love was apparently seen in a verbal tirade against the club secretary at Staveley Miners Welfare over a lack of programmes, while Kurt was busy queuing for a Bovril at the tea hut.

Sadly, Cobain never got to visit Hamilton Park, the brand new home of Leicester Nirvana FC. He would have loved the snack selection.

It was a week until I had to go back to work. Wanting to suck every last ounce of opportunity from the final days of the summer holidays, I messaged Mr. Morehead to see if he had any plans for this pleasant evening. Leicester Nirvana v Boston Town it was. I raced straight into Manchester where he kindly picked me up from the newly opened BrewDog on Oxford Road.

On a normal day, I would have done a bit of research about the club I was visiting so I understood the context of the match I was about to see. But to put it bluntly, I wasn’t in the mood. I had been at Bolton Wanderers stadium earlier that day for a meeting on behalf of Colls. While we were in the stadium hotel, discussing matters over a coffee there were numerous camera crews outside. Today was the day that the futures of both Bolton and Bury were going to be decided.

As a Bolton season ticket holder, I was in a subdued mood on the drive down. TalkSport had constant coverage as the deadline approached, with the existence of my beloved club hanging in the balance. We were the lucky ones; we lived to fight another day. Bury meanwhile had been expelled from the Football League.

These were strange times and it was refreshing to arrive at Leicester Nirvana, a club where everything just seemed calm, organic and clear. Sitting in Hamilton, to the North East of the city, the club – as it is now – was formed in 2008 when a merger between FC Nirvana and Thurnby Rangers was agreed. One club had a thriving youth system, while the other had a place in the football pyramid – it was the perfect match.

Originally taking the name of Thurnby Nirvana they gained the prefix of the city in 2015. This signalled a move forward for the club, who less than a year later were able to cease their ground share agreement at Highfield Rangers to move to their current home of Hamilton Park which had been upgraded to stage United Counties League matches.

Their visitors for this FA Cup Preliminary Round replay were Boston Town.  It wasn’t the most exciting of draws for either club with them being in the same league as each other; The Premier Division of the United Counties League.

There are two ways to view FA Cup draws. Would you rather travel somewhere new and play a team you know virtually nothing about? A bit of fun. Or would you prefer the relative comfort of coming up against an opponent you know quite a lot about, hoping to exploit the weaknesses that you have previously found in them?

Whatever approach the clubs took, it produced a stalemate on the Saturday when they met at Tattershall Road in Boston. This set up a Tuesday evening replay.

In the lead up to kick-off, we lounged about in the clubhouse area of the ground which is found behind the nearside goal. Tables had been placed side by side in a never ending fashion on either side of the room, making it feel like we were about to enjoy a meal in the Great Hall at Hogwarts.

I’m sure Harry, Hermoine and Ron wouldn’t have had to wait until half time for somebody trained in how to use a chip fryer to turn up. From the serving hatch at the end of the room I had to settle on a brew in a polystyrene cup to keep me full.

Not many spectators turned up for this match but it still had the atmosphere of a tasty FA Cup encounter thanks to the lairy, over the top behaviour of individuals on the Boston Town bench. While being thoroughly embarrassing, it was too amusing not to watch so I stationed myself to the side of the dugout for much of the first half.

Shouting and screaming at players, officials and even spectators I couldn’t decide what Boston’s approach was to this match. Surely nobody should have needed firing up. Not only was prize money of £2,890 up for grabs for the winners but they would also travel to footballing titans Kirby Muxloe in the next round.

Nirvana gave as good as they got but it proved to be Boston who would prevail thanks to a 20th minute goal from Fraser Bayliss.

It was a lengthy drive back to Manchester after the match, so we were stood by the exit hoping for a quick escape. We got into the car and it wouldn’t start; the battery was flat. Tony sent me back up to the football ground in the hope that somebody would have some jump leads. I really thought the odds were against us. On all my travels in football I had never seen a pair of jump leads knocking about.

Nobody was taking me on until a Nirvana volunteer told me to go to the bloke who had been manning the refreshments. Surely he didn’t keep jump leads in the kitchen?

Sure enough, he managed to find me two different pairs. He put RAC to shame this bloke. I ran back down to the car park where the stricken Focus was showing glimpses of life. The headlights kept flashing intermittently and it dawned upon me that we were beginning to look like a pair of doggers.

Thankfully the battery perked up and we were soon on our way back up north. It had been a nice introduction to life in the United Counties League. 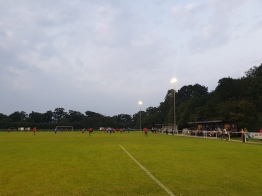 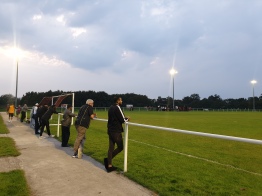 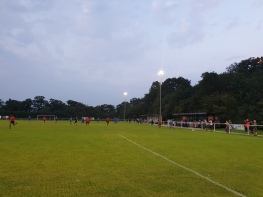 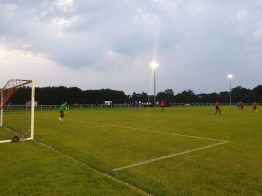 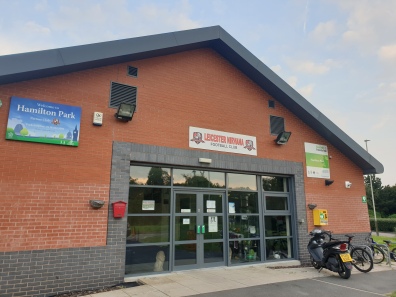 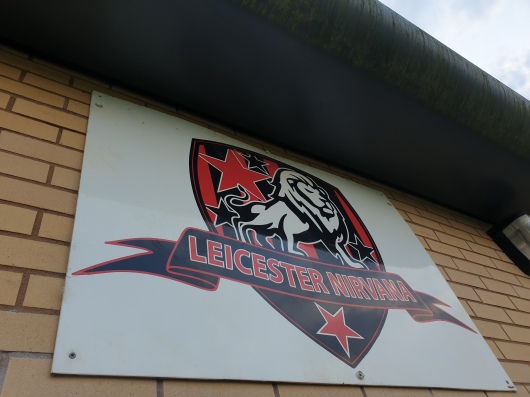