Cae-y-Castell, the coastal home of Flint Town United, is the setting to one of the most bizarre moments I have seen on my travels in football. While most supporters would initially cheer ironically and mock when a floodlight failure occurs, one pissed up bloke from Bala took a completely different approach.

In December 2018, Flint – a Cymru North club – were hosting Premier League side Bala Town in the Welsh Cup Third Round. With the potential of a cup upset, the clash had been chosen to be the all important Saturday night kick off and as a result would be played under the lights in front of the S4C television cameras.

Naturally, a night time kick off on a Saturday allows supporters of both clubs to make a day of it, spending hours in the local pubs beforehand. If you were an away fan, you would almost certainly be rubbing your hands. However, such arrangements are rare in the British isles though and perhaps for good reason.

The decision to stage the Bala match at night ultimately proved to be it’s downfall. Ten minutes before the scheduled 19:30 kick off time, the floodlights (on the same side as the cameras were) decided to go out. Both squads abruptly ended their warm up and headed into the changing rooms hoping that the issue would soon be fixed.

The switch was flicked on and off. Kick off was pushed back to 19:40. It seemed to do the trick as power was restored and the two sides emerged in front of a relatively large crowd, bolstered by those who had travelled over from Bala.

Less than a minute into the game and the visitors were ahead through a Kieran Smith goal. Bala’s fans, tanked up on beer, celebrated just as you would given the farcical scenes minutes beforehand. Then, matters took a turn for the worse. Barely even two minutes after taking the lead, the floodlights failed once again. 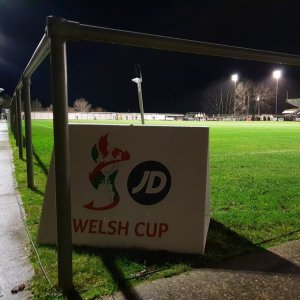 The blonde female presenter from S4C, who was caught completely off guard by events, raced around the perimeter of the pitch in her high heels and proceeded to present more hastily arranged chit chat and analysis from the sidelines. On the pitch, the two sides waited patiently, attempting to keep warm by spraying passes around.

Efforts proved futile and the match was abandoned with just four minutes played. Unhappy, a Bala supporter decided that the best way to get the game back on would be to throw their recently purchased cup of tea straight into the face of a Flint steward. An almighty scuffle erupted at the exit. The bloke on the PA system, almost as quickly as Bala had taken the lead, retracted his offer of a refund to all in attendance. It was changed to free admission to all for the rearranged cup tie which would take place three days later.

That’s all well and good if you’re a local or support either side… but we weren’t. We knew for a fact that we wouldn’t be making the journey all the way back and as such we lost our admission fee; taking it on the chin. Of course, I understand that Flint would have lost a bit of income with everything that happened but a goodwill gesture would have been well remembered by a lot of neutrals in attendance.

Much discussion was had in the car on the way back from Flint that night. Groundhopping is notoriously a subjective hobby and none of us could agree on whether you would class Flint as ‘ticked off’ or not. In my opinion, it was a firm yes. I had paid my admission, seen all of the action and had even seen a goal.

Stubbornly, I stated that I had no intention of returning to Cae-y-Castell but the following season I found myself back there. At work, I found that I was itching for a night at the football. During a quick break in between lessons, I fired a message off to Tony and he told me that he would be driving over to Flint for their league match against Ruthin Town. It made sense to give the place one last crack. 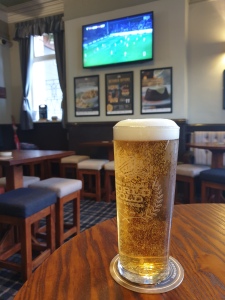 The Manchester City fanatic picked me up from the Legh Arms in Sale and we fought the building rush hour traffic, making it to the North Wales coast in good time. Flint, a quiet town on the North Wales Coastline, sits on the estuary of the River Dee. It was dark when we arrived, meaning we couldn’t see over the river towards Liverpool which sits just 12 miles away on the other side.

Just a couple of minutes walk from the football ground stands the preserved ruins of Flint Castle. Dim lighting cascaded down it’s historic walls. Originally built by King Edward I in 1277, during his campaign to conquer Wales, these days its collection of towers, keeps and draw bridges have the youths from the neighbouring council estate to contend with. If William Turner was to return to the scene of his 1838 painting, he would probably find his easel replaced by a stack of bricks.

Flint Castle – with all of it’s history – finds itself rather unsurprisingly as the town’s top attraction on Tripadvisor. Coming in at a close second is Flint Library while the train station manages to break the top ten by sealing a seventh placed finish.

On the club’s car park a small cluster of people gathered around the RNLI Lifeboat Station. Tired looking volunteers were busy cleaning their boat ahead of future launches into the murky estuary. A few metres away was the imposing looking social club which Flint Town United share with the town’s rugby club. 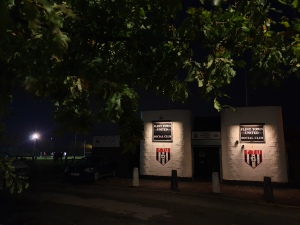 I didn’t venture into the clubhouse, opting instead to abide by my rule of not stepping foot into a pub if you can’t see inside it. There have admittedly been times that I have broken this rule but the results have never really been worth the risk. Built, almost like the imposing castle that it faced, the exterior of the social club stood firmly with two breeze block style walls that formed a barbican while a thick metal door impersonated an impenetrable portcullis.

To access the ground, you can walk around either side of the social club, with both dark lanes converging into one which then winds down to the main entrance. It reminds me of when the cyclists in the Tour de France reach a roundabout and have to choose which way to split. When that Bala Town match was abandoned, this lane had two poor cameramen quickly winding up their metres upon metres of broadcasting cable.

Access to the stadium is that narrow, that the television trucks had to park back near the Lifeboat Station, making it a complete and utter nightmare to organise as one of the blokes explained. “It took us two days to set it up and they only played four minutes!” he shouted in a rather annoyed tone. I don’t know why he was annoyed, he got to head home earlier. Perhaps it was his team that blew the electrics at the ground? It hadn’t been the first time S4C had been at the scene of a floodlight failure that season.

A stiff mid-October breeze swooped through the ground during my second attempt at watching a full match here. Coming into the match Flint were one of the form teams in the Cymru North and found themselves in second place. But even at this early stage of the campaign they found themselves ten points behind runaway leaders Prestatyn Town. They were favourites to win this match against a Ruthin side who were down towards the bottom end of the table. 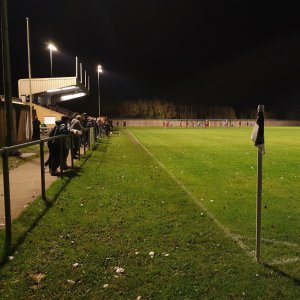 It surprised me to discover that Flint, with their relatively impressive ground for this level, had never played in the Welsh top division. The nearest they had come was back in 2005/06 when they missed out on promotion by one point. Here, a well built stand with around 150 black and white seats straddled the halfway line while an odd looking metal structure with 45 faded blue seats, with a coating of green mildew lurked in the near corner.

We got into conversation with a club official who told us about impressive plans for the place. Both Flint and neighbours Connah’s Quay Nomads have been in mutual talks with the Welsh FA and local council to rebuild Cae-y-Castell and turn it into a high quality, UEFA Category 2 stadium.

It is hoped that by constructing a stadium of such quality in this part of the country, it would allow the area to host more Champions League and Europa League matches as well as international youth and women’s fixtures. While I certainly don’t represent the views of everybody, I’m quite confident in saying that not many would lose sleep if they weren’t able to watch matches at Connah’s Quay anymore. Their large stand and race track are amongst the most hellaciously boring landmarks in British football.

Just as in my previous visit, a goal was scored with less than a minute on the clock. Richie Foulkes hammered a speculative effort into the top corner from 30 yards out to put Flint 1-0 up. Ruthin, who were shell shocked hadn’t even touched the ball and never recovered.

Mark Cadwallader reacted well to a Brandon Burrows cross and make it 2-0 with the last action of the first half. Flint would go on to bang in a further five goals after the break, to make the final scoreline 7-0 to the Silkmen. Foulkes made it 3-0 from the penalty spot on 50 minutes and completed his hat-trick three minutes later. Callum Bratley then stole the show by getting a hat-trick of his own, with all three goals arriving in the space of eight minutes.

I was a bit bored by the end and just found myself hoping that Ruthin wouldn’t be hit for double figures. They had been great hosts when Ben and I headed there a few weeks beforehand, playing nice football too. It certainly wasn’t a scoreline that I expected but on reflection showed just how good Flint were.

The end of the match arrived and the main thing was the floodlights had managed to behave themselves throughout, meaning I could put to bed the whole suggestion that I hadn’t properly visited Flint Town United. While the match was one of the least competitive I had seen in a while, it didn’t matter at all. I doubt I’ll be heading back to Cae-y-Castell anytime soon but who knows, maybe one day I’ll be back here for a Champions League tie?

When the season was ended due to Covid-19, Flint found themselves where they had been for most of the campaign, in second place. Prestatyn Town were promoted into the Welsh Premier League having finished 16 points clear of Flint. Ruthin Town finished in 12th place. 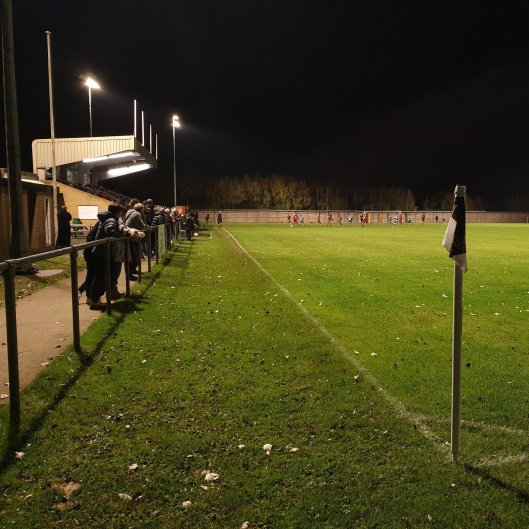 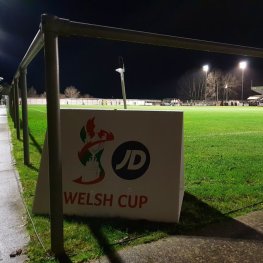 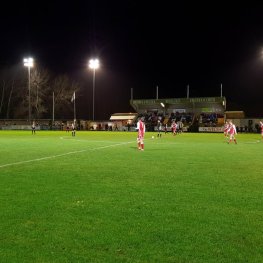 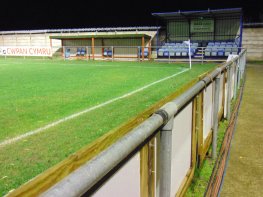 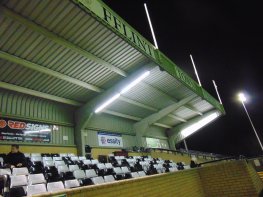 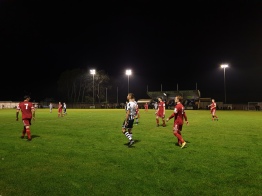 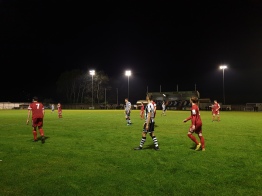 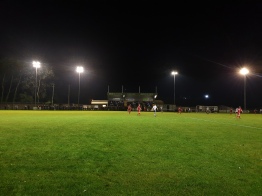 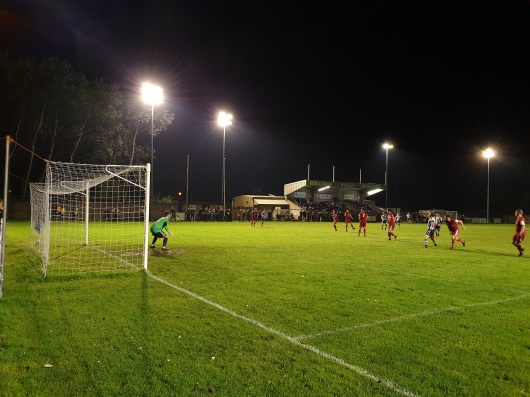 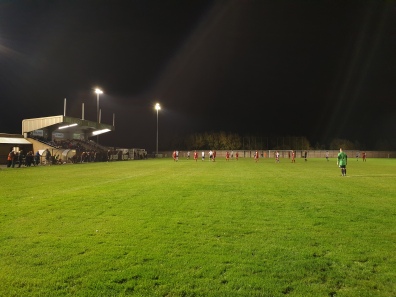 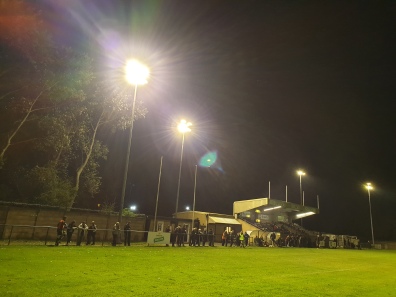 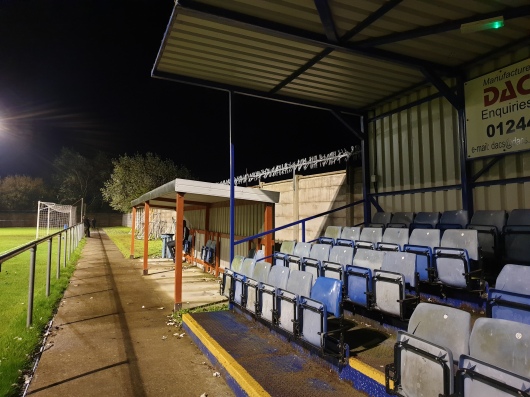 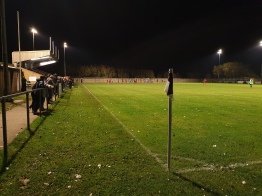 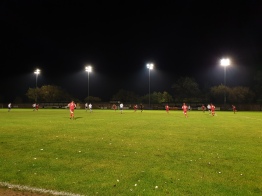 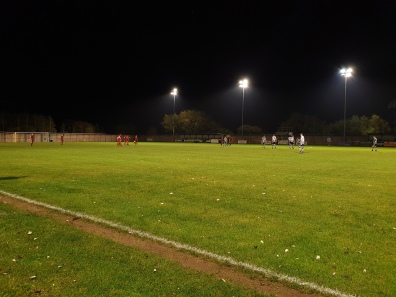 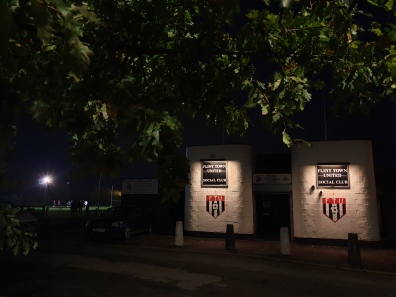