Woodley is an area which lies a couple of miles north east from Stockport. The journey here fills me with dread. Despite only sitting 26 miles from Atherton it involves fighting your way around the M60 where hordes of shoppers from the Trafford Centre flood the carriageway. Continue anti-clockwise, you pass under the iconic red brick viaduct which dominates the Stockport landscape before quickly having to find the correct exit, of which there are many.

From there, you weave in and out of various poorly marked out roads before eventually, tucked away at the end of a labyrinth of council houses and zig-zagging roads is the enigmatic Stockport Sports Village; previously known by it’s traditional name of Lambeth Grove (the road which it sits on).

Despite despising the place and listing it as my least favourite venue to watch football at, this was somehow my fifth visit here. My first trip came back in January 2013 when AFC Liverpool beat the now defunct Stockport Sports 1-0, thanks to a goal from prolific striker John Lawless. The only highlight of a snow swept afternoon was the fact it was the only non-league match in the north-west to take place and Stockport Sports manager Darren Finch was sporting a brave hairstyle which led to many in attendance discussing whether we would see a wig fly across the pitch with the next gust of wind.

So, you may have a few questions. What happened to Stockport Sports? Who are Stockport Town? And, if you’re an older reader you may even be wondering what happened to Woodley Sports? Having scoured the internet, there isn’t a great deal on the whole scenario but I have been able to glue the pieces together to provide a brief synopsis.

You have to go back to 2002 when Woodley Sports were playing in the North West Counties Football League top division. Despite plodding along and lingering around the bottom end of the table, the board were ambitious felt it would be right to construct a brand new Main Stand which would allow the club to gain promotion into the Northern Premier League – should the opportunity arise.

Two years later and Woodley’s fortunes on the pitch had improved, finishing in fourth place. Rather ironically, this was enough to clinch a promotion spot as a little club called Fleetwood Town – who in the years to follow would surge up the leagues – were refused entry into the Northern Premier League and were kept in the NWCFL due to ground grading issues.

By 2005, two local businessmen injected £3.5 million into what at the time was just a quiet non-league ground with an adjoining bowls club. They renovated the Main Stand and became the first club to install and play on the newest form of artificial pitch in the English League system. There was some serious money being thrown around and they subsequently went on to finish fourth in the NPL in 2006. A gym and sports facility was added on to the ground in 2010, funded by LifeLeisure, who I will mention again in a moment.

Their star striker Liam Dickinson was sold to neighbours Stockport County for a small fee of £2,000 and this is where it is claimed everything started to unravel. In truth, there are a lot of factors. A sign-on clause was put into the transfer and when Dickinson was then sold on to Derby County for a fee of £750,000 it was reported that Woodley Sports were due to receive £150,000 from Stockport County.

At around the same time, Stockport County went into administration and as a result, Woodley Sports never received the money that they were owed. The sale of promising midfielder Antoni Sarcevic (now of Bolton Wanderers) to Crewe Alexandra provided some stability but by the end of the 2011-12 season, the club had run out of luck and they were unceremoniously thrown out of the Northern Premier League. The official line was that this was due to ground grading reasons and more specifically the fact you could watch the match from the car park thanks to mesh metal fencing.

Upon being demoted, a total rebrand followed and the club renamed themselves Stockport Sports. Their return back to the NWCFL was never going to be an easy one and after three tumultuous years they were eventually expelled from the pyramid in 2015 for ‘breaching numerous league rules’.

So, how did that happen? Well, there appeared to be two main factors. The first, here was a club arguably spending above their means, splashing cash on very good players but still not making required changes to their facilities. We stood with our heads in our hands as Stockport Sports unceremoniously dumped Colls out of the FA Vase in 2013, beating us 5-0. They still sacked their management team the following month. It was hardly a steady ship.

On the other hand, a second factor is that LifeLeisure, the company who run and own the facility, would appoint a former Stockport County player as an employee. A year later, this very same employee was named as secretary of the newly formed Stockport Town.

It was then claimed, by Stockport Sports, that their rental fees to use the facility began to increase substantially. Were they being forced out by somebody? Some certainly thought so, when a League Cup match against AFC Darwen had to be postponed hours before kick-off due to a “double-booking”. One side claimed it was a mistake, the other said it was done on purpose. It proved a costly ‘mistake’ as Sports were thrown out of the competition, fined and forced to pay Darwen’s expenses.

Enough was enough. The league and supporters of other clubs were bored of the merry-go-round that had become Stockport Sports. In the end, they folded and their chairman left the country rather quickly, reportedly to the Middle East and nobody has really heard or seen of him since.

So, as the embers of Woodley Sports lay scattered across the floor Stockport Town jumped in and applied to enter the league only to be denied. They went about organising matches against well established clubs, such as Atherton Collieries and 1874 Northwich, in an attempt to prove to the league and the FA that were serious about running a club and it wouldn’t just turn into yet another circus.

They were successful and The Lions, as we now know them, were admitted into the NWCFL in time for the 2015-16 season. On the whole, they have been a good addition to the pyramid and have offered stability and organisation which had been qualities that had been lacking for the best part of a decade.

So, as I alluded to earlier. This was my fifth visit to Lambeth Grove. Each time I have watched a match at the place, I have vowed never to return again. However, after months without football, the chance to watch Atherton Collieries in action proved too much to resist and once again, I found myself at the Village of Doom.

It had been 151 days since my last taste of football. I reluctantly strolled away from the pitch at Yarm & Eaglescliffe v Bedale Town, sanitised my hands and with that thorough and alcohol rich scrub, washed away the remnants of a campaign that would never be completed. Deep down, we knew that football – as we knew it – may not be back for some time but we had no idea just how catastrophic the next few months would be for our sport and indeed the world.

This pre-season friendly match was officially being held behind closed doors… but remember that mesh metal fencing which led to Woodley Sports being demoted all those years ago? That was still in situ, so I knew that if the gates were locked and I wasn’t allowed to enter the ground then I could at least watch it from my car with the air conditioning on. Part of me wanted this to be the situation I found myself in purely from a completely tin-pot perspective.

Temperatures were still touching 30 degrees when we arrived at Lambeth Grove, an hour before the advertised 20:00 kick off. The scene when we arrived, I feel perfectly portrays the nonsensical approach to the restart of football in this country that has been imposed by the Department for Digital, Culture, Media and Sport (DCMS) and the FA. While the Colls match was behind closed doors, with fans told not to travel, we stood watching AFC Fylde U14 play a match in front of well over 100 spectators.

Stockport Town appeared to have a large squad at their disposal for this friendly and they were being put through their paces by current manager Adam Jones, who was relatively new to coaching having just finished a successful non-league career having played for clubs such as Curzon Ashton, Mossley and FC United, making over 100 appearances for the latter as a defender. In his squad, he had striker Lee Grimshaw who made the switch from West Didsbury & Chorlton back in December. 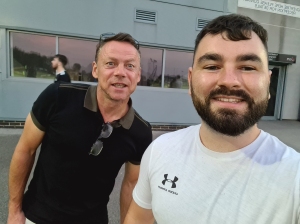 The only other name on the Stockport teamsheet that was recognisable was a substitute called Max Dickov, who as you probably guessed immediately is the son of Manchester City legend Paul. At half time, I plucked up the courage to ask the former striker for a socially distant selfie, to which he was more than happy to do so. I even had time to show him some recent art work which I had designed, using his shirt as an example. I’ll never know if he was being polite, or genuine but he looked at my design and told me had seen it on social media recently. Inside, I was giggling like a little school girl.

By this point, Colls were well in control of proceedings against their hosts who were three divisions below them in the pyramid. Playing in the NWCFL First Division South (Division 10) for the upcoming campaign, Stockport will be looking forward to welcoming FC Isle of Man to Lambeth Grove at some point. They’ll probably wonder why they bothered.

Opening the scoring after ten minutes, Kyle Sambor smashed the ball into the roof of the net from close range after getting on the end of a Gareth Peet cross. The goalscorer is a lively and towering summer signing from Witton Albion, while left-back Peet is now entering his tenth season with the club and can now surely be named a club stalwart.

Stockport equalised on 37 minutes through Dyson before Colls bagged two more before the interval with another from Sambor and a strike from Jordan Darr, another new addition from Charnock Richard.

Yet another interesting aspect of the Stockport Sports Village – and another thing that didn’t sit well with the ground grading committees – is that a gym and fitness centre overlooks the pitch. It essentially means that you could pay to use the gym at a cheaper rate than your admission cost and watch the game from a more advantageous angle. One plus point at this evening’s match was that an upbeat Ibiza style music mix was being played from within the gym was being played externally too, so it almost felt like you were on the lash at Café del Mar if you closed your eyes and concentrated hard enough.

The second half produced a further two goals for Collieries and the first two yellow cards of the campaign, which didn’t go down well with the resident secretary Emil who had only just recovered from news that fines for yellow cards would be increasing from £10 to £12 for the 2020-21 season. He did point out that registration costs have been wavered for the upcoming campaign, meaning the club have £76 credit left.

As the final whistle sounded, it brought an end to my fifth visit to Lambeth Grove. I say it will be my last but I’ve said that four times before. If you’re planning on coming here for a match, save it for when nothing else is on. 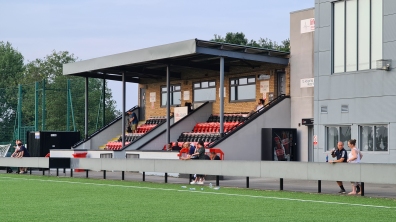 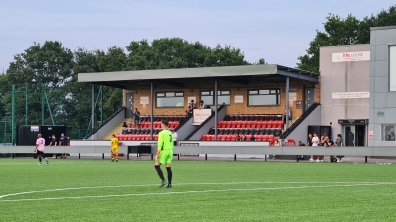 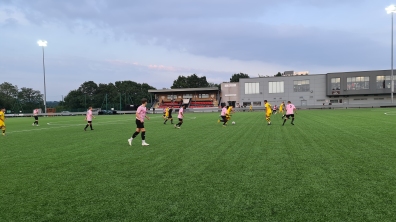 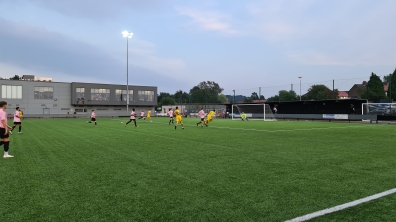 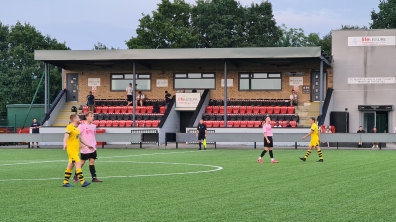 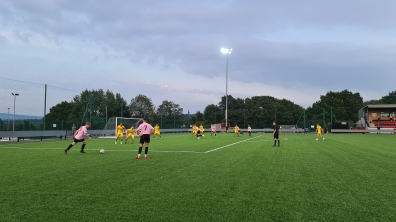 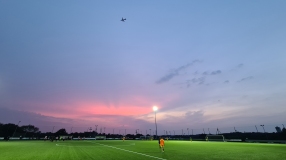 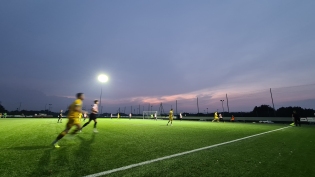 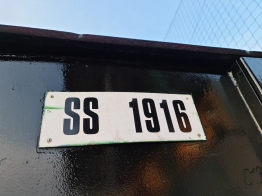 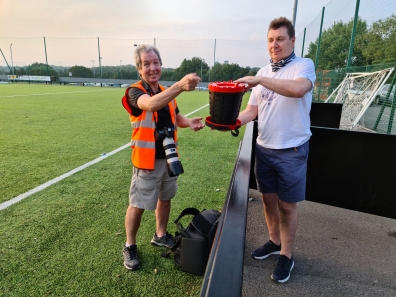 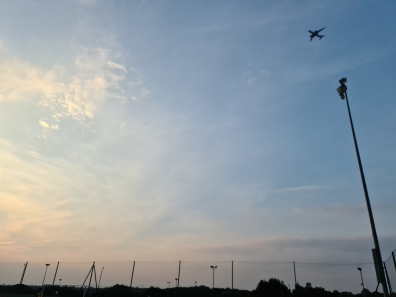